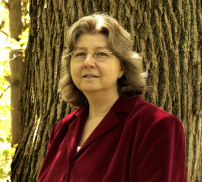 Ellen Chambers has dedicated the last 17 years of her life to special education rights and advocacy.  In addition to working with families, she founded SPEDWatch, a parent-based civil rights and social change advocacy organization dedicated to the rights of children with disabilities.  She also worked for the Disability Law Center of Boston, along with other law and neuropsychological testing firms.  Ellen is a sought after voice regarding kids in school, speaking widely as well as appearing on radio, television, and in print to discuss the rights of students and school district noncompliance with the law.

"I began as a special education advocate in 1995, fighting as many do, for the rights of my own child, my daughter, to get the educational services she needed in order to make effective progress.  Since then, I have worked to see that children get the help and education they need.  Acting to keep children safe is the needed first step in any educational setting." - Ellen Chambers 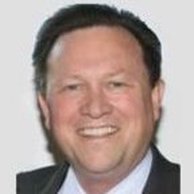 Scott Bryant-Comstock is the president and CEO of the Children's Mental Health Network, a national network bringing together the voices of children's mental health.  Scott has been involved with the Systems of Care movement since the early 1980’s.  With close to three decades of experience, Scott has incorporated learnings from policy-makers, families, providers and community leaders throughout the United States into promoting the concept of what it means to take a system of care approach. 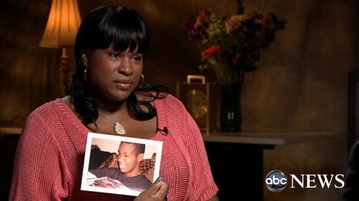 Sheila Foster made national headlines when she spoke out about her 16 year-old son, Corey Foster, whose death was caused by employees at his school, Leake and Watts in Yonkers, New York, when the staff restrained Corey on a school basketball court on April 18th 2012.

"My son Corey Anthony Foster was loved by all. He was very compassionate even as a child. Corey cared about my well-being. He always asked, 'Are you okay Mommy?'  He was a sweet boy and very smart.  As a family we spent a lot of time on family outings like skiing, snowboarding, swimming and traveling. Corey's smile would brighten a room. During the holidays Corey would stay up with me during the night and help cook for the family dinners. I also have two other children that were very close to Corey and are heartbroken that their brother is no longer with us. They miss him dearly, as do myself and my husband. My son was very talented. Corey had a niche for fixing things like computers, toys, bikes, electronic items or anything that was broken. He loved music, cooking and the outdoors. Sometimes he would sing Michael Jackson's 'You are not alone.'  Corey had a heavy baritone voice but soothing.  He was a quiet kid and very respectful. He loved me...I could feel it in his hugs and the tone of his voice every time he say 'I love you Mommy.' I will never forget what those adults and the State of New York did to my son...i will fight for the life of God's Children." - Shelia Foster 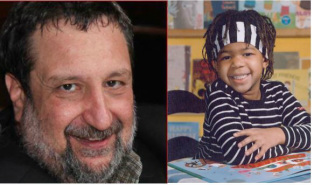 Bill Lichtenstein is a nationally-recognized, Peabody Award-winning investigative journalist and documentary filmmaker whose work over the past four decades has included the investigation of the care and safety of children in state child welfare systems.  Bill wrote an article for the New York Times in 2012 exposing the use of physical restraints and isolation rooms with students in schools across the country, a practice he learned about when he found his then-5 year-old daughter, Rose, locked in a closet where she had been confined almost daily over a three month period in a Lexington, MA kindergarten.  That article was later honored by the prestigious Casey Medals for Meritorious Journalism for having "attracted a flood of media attention to the issue, sparked tremendous response from readers, and helped coalesce a national effort to end these practices and promote positive behavior interventions in schools."

"I learned about the use of restraint and seclusion rooms after getting a call summoning us to our 5 year-old daughter's school where she was found standing naked in her own urine in a closet in the schools' basement stairwell.  When I wrote about it in the New York Times, it became a lightening rod for other parents whose kids had also been mistreated this way.  I am now working to help create awareness about these practices including the need to keep all students safe as well as to help give voice to parents seeking to advocate for and protect kids." - Bill Lichtenstein 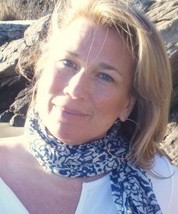 Deb Pacheco is currently assisting families of special needs students from 3 to 22 years of age as an Independent Educational Advocate certified through The Federation of Children With Special Needs. Her specialty is working with behaviorally challenged children.  Her lived experience with children and grandchildren living with serious mental health challenges, including a granddaughter who was subjected to restraint and seclusion in school over a period of years until Debra learned of the mistreatment, gave her the insight and empathy necessary to understand how to advocate for positive behavioral intervention plans for all children.  Debra serves as President of NAMI Cape Ann (MA), was elected to serve on the board of directors of NAMI Mass. and is certified to teach their signature course. Family to Family, a 12-week program for anyone who has a loved one with a mental illness.  Debra worked for 15 years as a developmental educator on a multidisciplinary team of social workers, speech therapists and motor therapists to deliver treatment to children aged birth to three with various developmental disabilities and advocate for their families as part of a program run by the Mass. Department of Public Health. 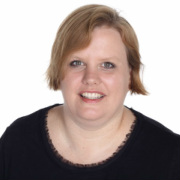 Amy Peterson is from Iowa. Her 20-year-old son is on the autism spectrum. She brings her experience with IEPs, health plans and advocacy to the group, as well as her legal assistant and writing experience. She has been a leader and speaker at numerous special education, mental health, and autism groups in the Midwest. She is an author and journalist with a number of articles and other writing credits on the topics of mental health, parenting, and social advocacy. 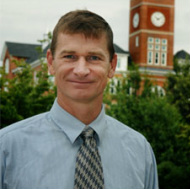 Dr. Joe Ryan serves as the Associate Director of Research for the School of Education, and is Vice President of the Council for Children with Behavioral Disorders. He's taught students with behavioral disorders from grades K - 12 across a variety of educational settings, including resource and self-contained classrooms, special day schools, and a residential treatment center. Professional interests include: single case research, behavior management, psychotropic medications, therapeutic recreation, and post-secondary transition services. He teaches courses in single case research design, applied behavior analysis, behavior management, and emotional/ behavioral disorders. He has published 36 journal articles and book chapters, and frequently consults and speaks at national and international professional conferences.

The Children’s Mental Health Network provides weekly news and unbiased analysis of key issues through accessible web-based platforms focused on children, youth and families’ mental health and well-being. The Network reaches a widely diverse audience. Readers and contributors to the Network come from all walks of life – parents, youth, community leaders, policy-makers, state and federal officials, and increasingly, similar groups from countries across the globe. Common among all who are involved with the Network is the expressed need for a single source that can effectively distill the high volume of information about issues that impact children and youth with emotional and behavioral challenges and their families in a way that makes sense in its most simplified form, focusing on the key elements requiring action and involvement.

NAMI is the National Alliance on Mental Illness, the nation’s largest grassroots mental health organization dedicated to building better lives for the millions of Americans affected by mental illness.  NAMI includes hundreds of NAMI state organizations and local affiliates and volunteer leaders who work in communities across the country to raise awareness and provide essential and free education, advocacy and support group programs.